UPDATE: Apparently, the “authorities” investigated and discovered that some permits were not in order for the proposed hotel site. Construction was also halted, the FMTA is told, because of fears the the west shopping center parking lot would “cave in” due to the grounds being soft.

That fear does not seem to be unfounded as the current excavation (larger image) extends all the way to the edge of the parking lot (highlighted by arrow in inset). 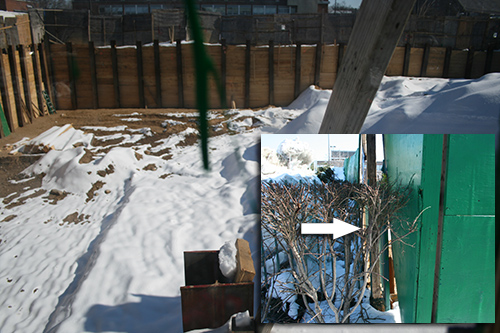